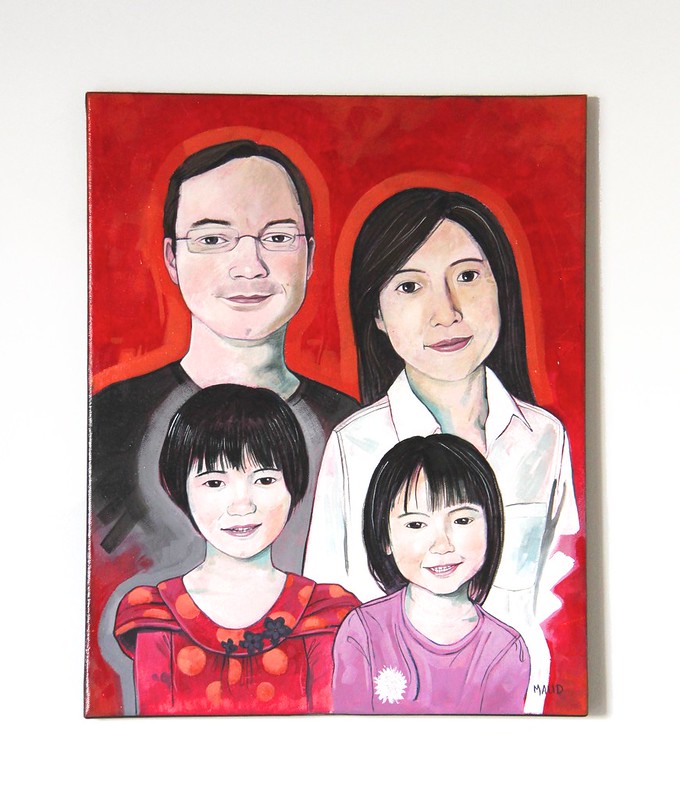 In One Big Hapa Family Jeff Chiba Stearns investigates why there is such a high rate of interracial marriage (95%+) amongst Canadians of Japanese ethnic heritage (otherwise known as Nikkei). Through interviews with his family and other Nikkei in British Columbia, Chiba Stearns explores the historical experience of the Nikkei in Canada and issues surrounding multiethnic identity.

The DVD of this film was given to my wife and I at Christmas by a family friend who, with a slight grin on her face, commented simply: “You guys should watch this.”

Sitting down to watch this, my wife and I laughed when we saw it was about growing up as a multiethnic kid in Kelowna! This is a constant topic of discussion in our household as we watch our multiethnic kids grow up here in Kelowna. My wife and I don’t identify as Hapa, but I am sure our kids will. Does this make us a Hapa family? Sorta? ¯_(ツ)_/¯

We took in the documentary intently, laughing and identifying, pausing and debating. Though there were some frustrating bits (eg. some of the views on racism; the brief and shallow treatment of Japan itself) it was highly enjoyable and sparked a long discussion afterwards. Often during the film I would pause and translate the difficult bits.

Imagine the scene: in a particularly white city in the Canadian interior (Kelowna), in a small house, a couple sits on the floor (using zabuton since we have no couch) watching a documentary about the experience of Japanese-Canadians, meanwhile the man (a white dude) animatedly translates the film into Japanese in real-time for the woman (a Japanese lady) who is rapidly firing questions back at the man. I seriously doubt we are the first, but I am sure it would have been a funny scene to behold.

A story of stories

One Big Hapa Family is a charming film, full of quirky insights and earnest people. Yet it tackles the Japanese internment face on, and discusses the experiences of racism suffered by each successive generation down to the present.

The first arrivals to Canada from Japan came around the turn of the century and are called issei (“first generation”). Generally, they married within their ethnic group. The second generation — the nisei — were born in Canada, and in the run-up to the second world war, were already feeling pressure to assimilate into “white” Canada. Despite being Canadian, this was the generation that was rounded up and thrown into internment camps. Their children, the sansei (“third generation”) were often small children or born in the camps. When the Canadians of Japanese descent were finally let out of the camps — four years after the end of the war — any semblance of Japanese-Canadian community was destroyed. The sansei often didn’t learn Japanese at home and felt overwhelming pressure to be “good” Canadians. This generation had a high rate of intermarriage with other ethnic groups. The yonsei, (“fourth generation”) to which Chiba Stearns belongs, is one generation removed from the terrible experience of the WWII camps and finds itself searching for an identity. There is a rising curiosity of their Japanese cultural heritage, something that was denied to their parents in the tragic wake of the WWII internment.

Seeing the people of different generations relate their experiences was interesting for us. My wife is a new immigrant and my kids are a new second generation, but are mixed like the yonsei. Unlike the fourth generation — or even the third generation — my kids have a much stronger Japanese identity: they were both born in Japan, they travel to Japan every year to visit their grandparents, we speak Japanese at home, and they go to a Japanese kids playgroup here in Kelowna where they get to learn language and culture. Yet, they certainly are not Japanese. This was one of our motivations for moving to Canada. After nearly a decade of living in Japan, we decided to move to Canada for the sake of our kids education, and the generally more friendly environment to mixed-race people. To get a glimpse of the challenges that multiethnic people in Japan face, watch the trailer for Hafu (“Half”):

A question for the future: one community or two?

Over the past twenty years or so there have been more and more people emigrating to Canada from Japan — a whole new first generation that do not share the traumatic history of the already established Nikkei. How do these people integrate with the existing Nikkei community? There is an awkward generational divide. I am about the same age as Jeff Chiba Stearns. His kids, gosei or fifth generation, could be playing with my second generation kids. And, in a way, my wife is like Jeff’s great-grandmother!

I would love to see my kids interacting with other people of Japanese heritage in Canada, and learning about this long history that they have been sort of dropped in the middle of. But as new immigrants, we do not get the opportunity. Newly arrived generations aren’t automatically absorbed into the existing diaspora. Furthermore, though they may have similar labels, they have a very different experience which can lead to different identities. Although there is the question of whether the new generation can share be part of the same identity group, we need to ask if the oldcomer Nikkei even want to interact with the newcomer Nikkei? Can we really be just one big Hapa family? That is something I would like to ask Jeff Chiba Stearns. A potential topic for another documentary…