This will be particularly relevant to academics needing to write Japanese terms in rōmaji. I searched the web and found all sorts of non-solutions, either out of date or irrelevant, so I am putting this up on the web for others to find. As of 2020, this is the best way.

Hat tip to Hiromu Nagahara on Twitter who told me the answer: set all your input sources to ABC-Extended. This allows you to use Opt+A to insert a macron before you type a vowel.

This used to be called US Extended, but thankfully they made the name more neutral. It won’t mess up your spellcheck settings, which are actually set in from the Text pane of the Keyboard settings. See below.

Now you can use the Opt+A keyboard shortcut to add a macron:

On your iPad you can do a similar thing. Tap on Settings → General → Keyboard → Hardware Keyboard then your language — mine is English (Canada) — and select ABC – Extended.

Now the Opt+A keyboard shortcut works on your iPad’s hardware keyboard too!

15 years ago in Japan, I thought it was pretty cool that I could send short messages via text to my friends. That wasn’t a thing yet in North America. I was living in the future!

But it was complicated. There was “short mail” and “long mail.” Short mail could be sent at a steep discount to other mobiles on the same carrier. Long mail was for mobiles on other carriers. In other words, SMS was not cross-carrier at the time. Long mail was actually an email dedicated to your phone. In fact, typically it was just your phone number @carrier.co.jp. later you could customize it. Many people had a “PC mail” address separate from their “mobile mail,” some used their mobile mail for their primary email.

Thus, we were ever asking new contacts:

15 years later, in the present future where we all have smartphones, things are even more complex. There are a plethora of messaging platforms, and none of them universal. Messaging apps are very personal. Like Todo list apps, we each have particular workflows we want our apps to conform too. Though, more likely we are influenced by the network effect. Different regions and cultures tend to have a dominant platform, say WeChat in China or WhatsApp in India.

“If only there was one app that was universal” has been the lament of the consumer for the past few years (UPDATE: h/t to @chrisfosterelli). And even earlier, by the little history lesson I opened this post with.

Benedict Evans said in a recent podcast that the notifications panel is the actual unifying app for messaging. We just have to get used to having a dozen different messaging apps on our devices, and use Notifications as our universal interface. Kind of like using a mail client with all your different email accounts.

Ah, email. Email is another old scourge of messaging. The ultimate fallback that everyone is trying to kill. On mobile, more often than not, that role is played by SMS.

This chart from The Economist has been going around to show the imminent death of SMS. 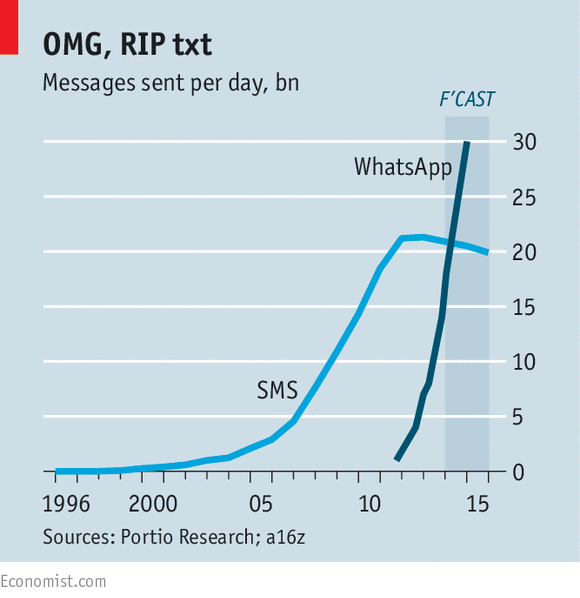 But it also shows how much SMS is still used in the world. The forecast is still 20 billion per day. I still txt a number of people, friends and family, even with my $500 smartphone and $80 a month data plan. Most are on iPhone or Android. One is on Blackberry. None are on feature phones. OMG RIP TXT, WTF!?

Looking at this recent chart by Comscore will show you why iMessage isn’t viable: 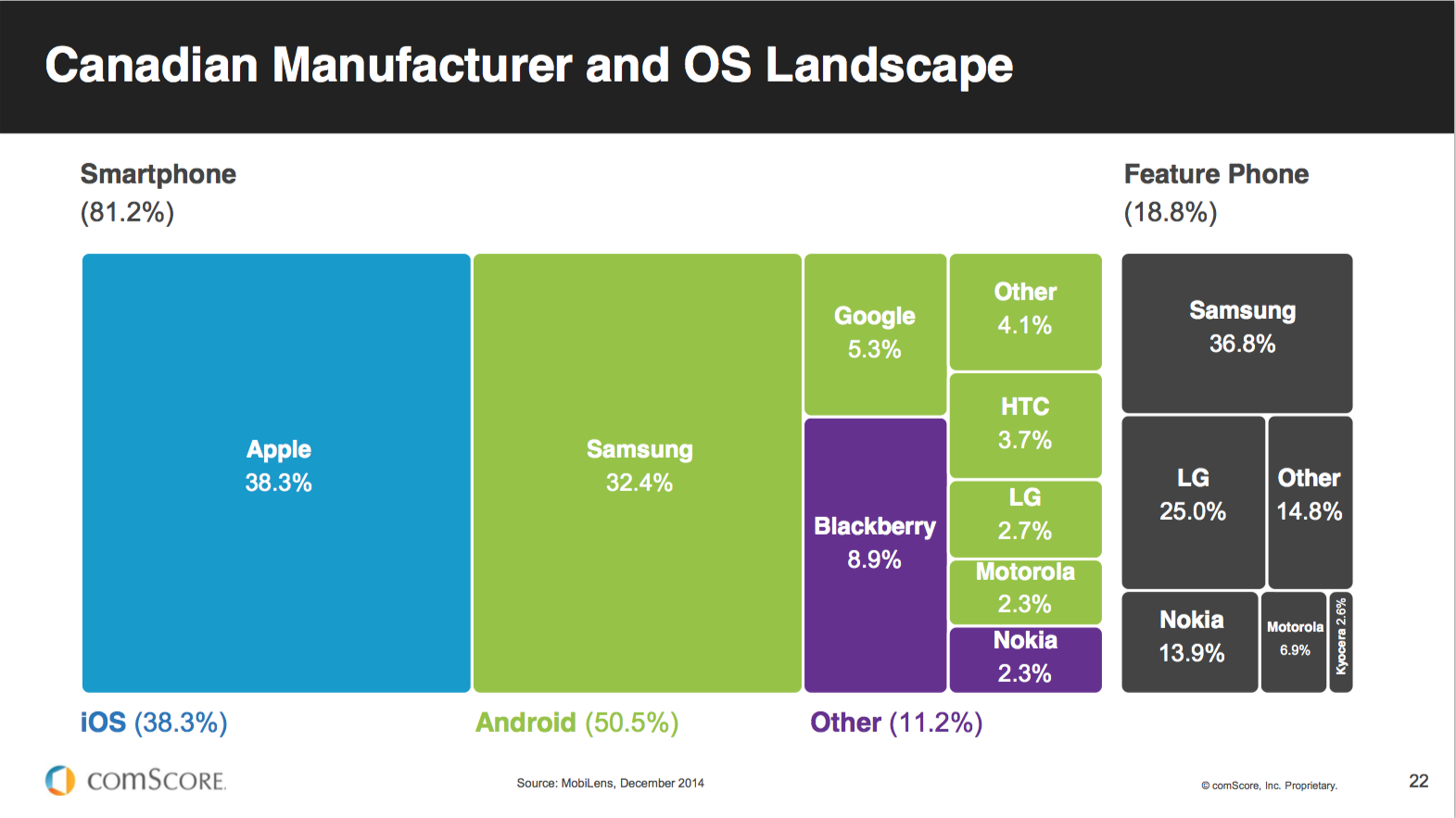 Well, I say not viable, but the truth is iPhone users don’t care. They use the same app either way, and if you aren’t on an iPhone, then you deserve Green Bubble Disgust. The rest of us are relegated to SMS. iPhone users are like the drunk salaryman on the train who is stepping on your foot the whole time, and if you say something he glares at you like its your fault.

My wife is one of those drunken salarymen. She txts like crazy. We pay an extra $7 a month for an unlimited txting plan for her. Since she is txting in Japanese I know she is not messaging people on feature phones. OMG RIP TEXT, WTF!?

My officemates and I use Slack. My gaming group uses Hangouts. Everyone else uses SMS.

As one the more tech oriented in my family, I have the power to convince people to adopt a platform. But what am I going to push? The options out there are terrible. Take a look at a slide from a recent presentation where I measure apps on a scale of tinfoil hats: 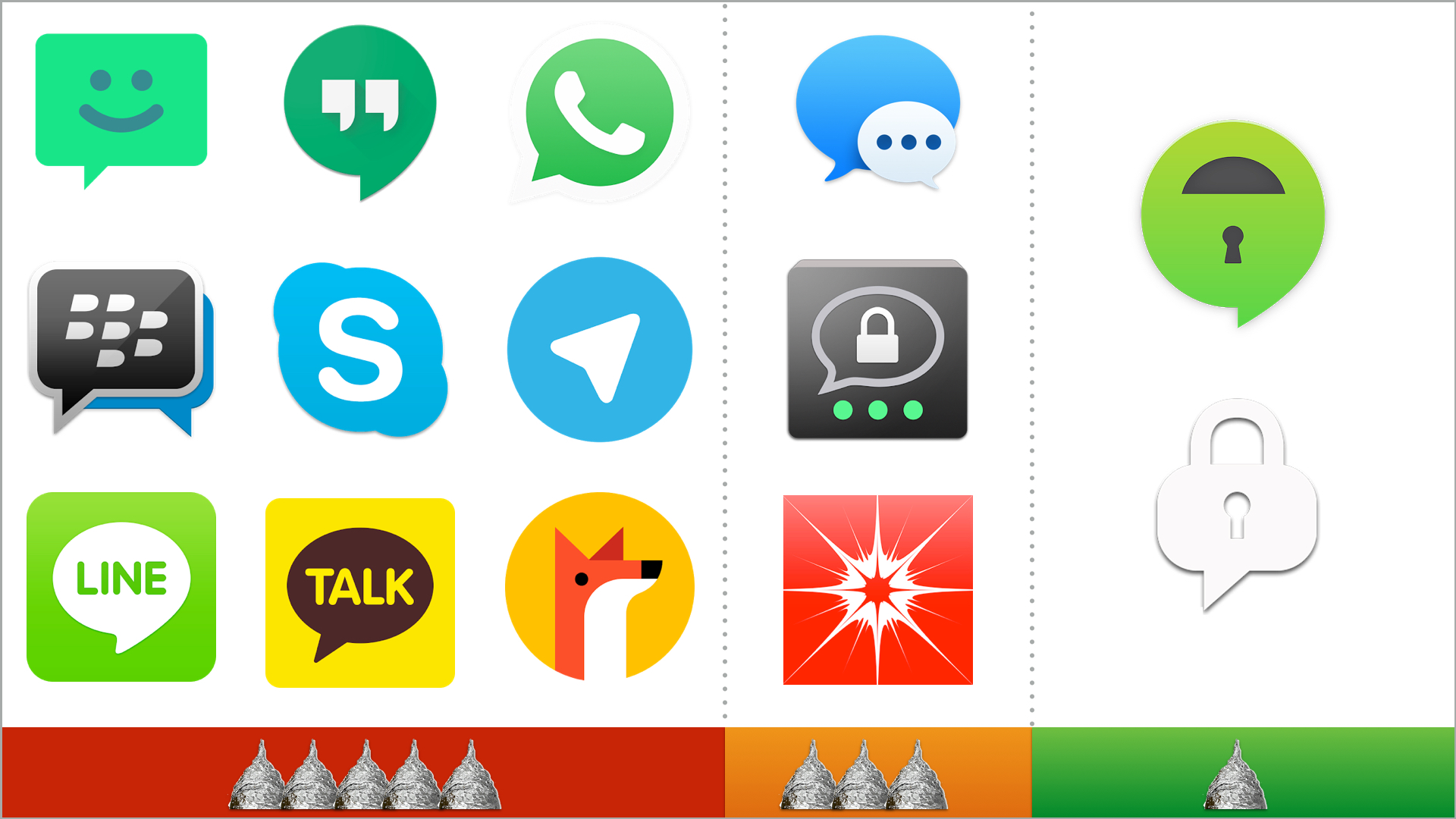 As I’ve said before, any universal platform must be:

This is otherwise known as my Inverse Pentagram of IM. Since nobody is willing to make it, we might just have to summon it from an alternate dimension.

So, the long and the short of it is: People will use what they are used to, and what everyone around them is using, even if the alternatives are better. Unfortunately, SMS still rules the roost in my region. We might have to wait until everyone dies and the new generation takes over the earth before we see a change in messaging platform. Either that or my dream platform is finally released and I can go on an IM adoption crusade. Until then, just as 15 years ago, send me a txt. 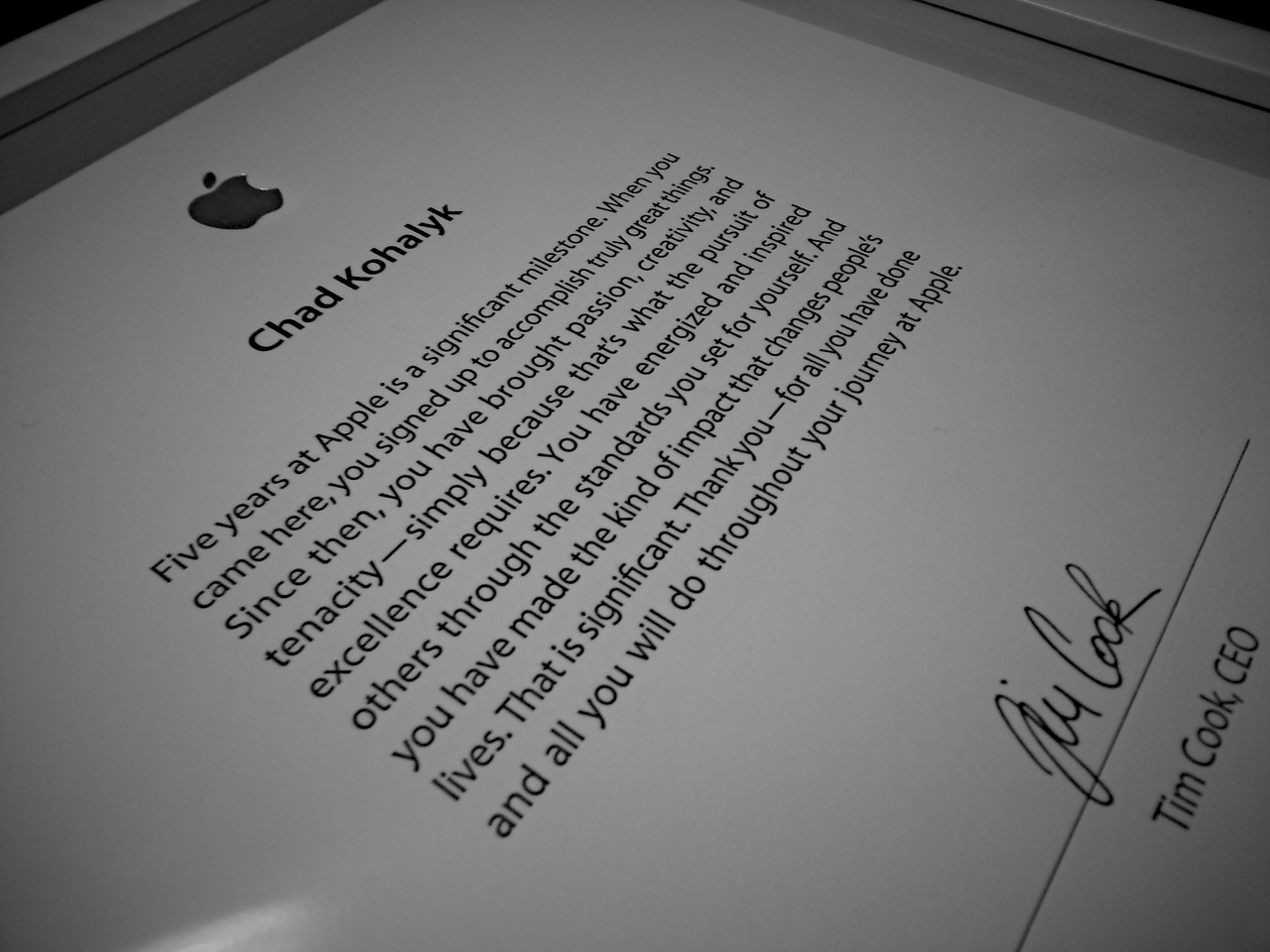 This plaque arrived. Pretty nice gesture. Love Tim, but a little gutted I only missed getting Steve’s signature by a few months. Regardless, I will treasure this.

As it was our last day in Japan, we spent the day running around town. My wife got a massage at a place right near Tawara-ya, the ryokan that Steve used to stay at as mentioned in the Isaacson biography. I had a few minutes and a camera so I thought I would do a bit of light stalking. Can’t believe it took til my last day to stop by this place.

It also syncs perfectly to the iPhone as well: 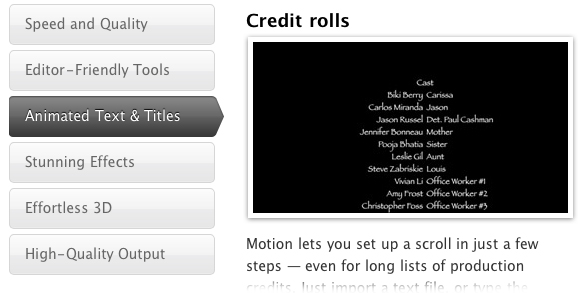 Reading Gleick’s The Information, specifically his discussion about the telephone supplanting the telegraph, made me think of iOS devices and their relationship to general computers.

Gleick argues that one reason for the explosion in telephone adoption compared to the telegraph was that no new skills had to be learned. Forget learning to translate from Morse to the alphabet, forget learning how to tap out a message, forget having to draft a message and take it to a telegraph station. You just need to talk and listen. No special skills necessary. Sure, a telegraph can communicate a lot more in a smaller package compared to a conversation, but ease-of-use led to widespread adoption and a huge change in society.

Yes, general computers can do a lot more than iOS devices. However iOS devices abstract away a lot of the technical barriers necessary to operate a general computer. No file system, no saving, no DMGs. No wonder there have been over 200m iOS devices sold compared to the 54m Macs in use. The analogy is not quite perfect because general computers are still necessary to do much of the computing heavy lifting. However, with Apple finally cutting the cord I am sure we will see the adoption gap widen even further.

Yesterday’s was a great episode of Hypercritical by @siracusa about Apple’s (lack of) UI consistency. This topic struck a cord with me as someone who spends their days teaching new computer users.

As a teacher, my gut reaction is to hate apps that do not follow the HIG.

I understand Tog‘s argument about GUI quote-unquote “bandwidth” which has expanded enormously over the past 25 years. However, it still isn’t ubiquitous. There are still a lot of new users. We could generalize and say something terrible like “It’s all just old people, so the problem solves itself” but that isn’t true. It is estimated that only 2 billion people are using personal computers. UI patterns are important. I don’t think anyone would deny that. I would further argue that it is still too early to abandon standardized UI elements. The “bandwidth” isn’t there yet. There is still value in the HIG, at least in low-level, system-wide contexts.

That said, I think the iPhone and iPad might accelerate the abandonment of standardized UI elements. But first, I must digress.

Computers are not machines. I mean that in a mechanical sense. You cannot punch a few buttons and pull a lever and have the same output produced time after time. Computers are problem-solving devices. Everything depends on context. That is why step-by-step lists of instructions fail so often. Problem-solving tools and concepts are key (cf. Tog’s point of recognizing differently shaped houses). Every day computing is an exercise in problem-solving.

To return to iOS: when 3rd party apps were released I was appalled at all the crazy interaction metaphors that were being used. Every app is different! Talk about ignoring the HIG. However, limitations due to form factor and capability constrain the types of things that can be done. Even though iOS UI conventions are pretty loose people can make sense of it. And much quicker than they do on regular computers. This is brilliant because they can take these skills to their desktops and figure out what is going on there.

iOS devices are giving people the right problem-solving skills that will help navigate other UIs, hastening the demise of things like the HIG. Also, think about the future of mobile devices in markets overseas where traditional PCs are not accessible. That is class of new user that could benefit from not being saddled with HIG-encumbered historical expectations like we have.

In the end, the HIG is just a guide, shambling along. I agree with John’s argument that it is there to serve in situations where a better UI pattern cannot be executed. I think it should be adhered to for basic, system-wide functionality for the benefit of new users, but abandoned when a more effective alternative is possible. 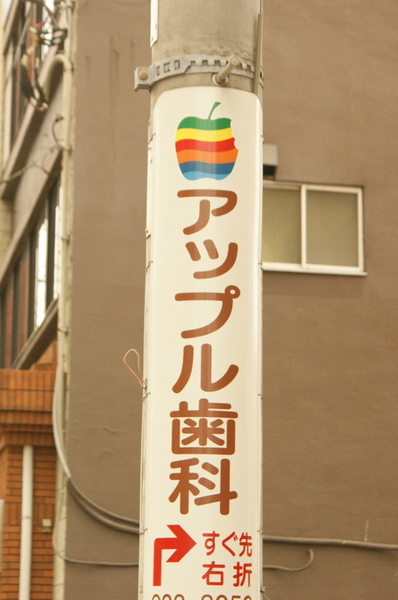 Jony Ive on the 20th anniversary Mac… with hair!

Apple has been producing these long production videos long before the Unibody MacBooks.